the break; a space

I took some time off. "I spent the day underneath the water, I spent the day underneath the water... And what did I see?" David Thomas' voice resounds in my ears. As does the memory of a couple of performances by Chris Mann.
An interesting character, that Mann. "I'm just a noun-free zone, it's nothing personal." Or, from the same interview: "In 1847 Karl Marx has the line, "Silence is therefore the only possible means of communication." Which is what I think it was that Hy Cage was referring to. I'm not sure this is what John was referring to. Marx also speculated a bit later, I think it was in the 1870's, it was somewhere in Volume III, I think, of Das Capital, he has this little moment where he talks about the distance from the silverware to the table as being this strange cultural space."

Till the night came at last

The Museum of Useless Efforts 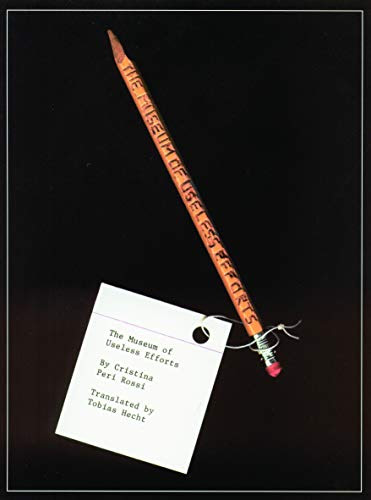 "Every afternoon, I visit the Museum of Useless Efforts. I ask for the catalog and take a seat at the large wooden table. The book's pages are a little faint, so I like to run through them slowly, as if I were turning the leaves of time. I never see other readers, which is probably why the clerk pays so much attention to me. Since I'm one of the few visitors, she spoils me. She's probably afraid of losing her job, what with the lack of public demand. Before entering, I take a close look at the sign hanging on the glass door. In uppercase letters it reads, 'HOURS: MORNINGS, 9:00-2:00. EVENINGS, 5:00-8:00. CLOSED MONDAYS.' I almost always know which useless effort I want to look up, but sometimes I ask for the catalog so the girl will have something to do.
'Which year would you like?' she'll ask courteously.
'The 1922 catalog,' I might answer.
After a little while she'll return with a thick book bound in deep red leather and place it on the table, in front of my seat. She's very accomodating, and if she thinks there isn't enough light coming through the window, she'll switch on the bronze lamp herself, adjusting its green glass shade so that the light falls across the pages of the book. Sometimes I'll make a brief comment when I return the catalog. For example, I might tell her, "Nineteen twenty-two was a very busy year. A lot of people were determined to make useless efforts. How many volumes are there?'
'Fourteen,' she answers in a very professional voice.
So I have a look at some of the useless efforts of that year, children who tried to fly, men bent on amassing riches, complicated mechanisms that never actually worked, and a lot of couples.
'Nineteen seventy-five was a far more bountiful year.' she says with a touch of sadness. 'We still haven't recorded all of the entries.'
'The classifiers must have their work cut out from them,' I think out loud."
-- Cristina Peri Rossi, from "The Museum of Useless Efforts"

I cannot account for how this book found its way into my hands: I suspect that I was attracted by the title in a catalogue list in the back matter of another University of Nebraska Press book -- Cixous, perhaps, or Blanchot or Jabès -- or I stumbled across it at the library. So taken with it, I purchased a copy and periodically, over the past 2-3 years, I take it off the shelf and read from it, always in small but intense doses. I always re-read at least one story, and pick a couple I haven't previously read. There is, I think, now one or two stories remaining that I haven't yet read. A volume finished -- soon, perhaps -- but never exhausted.
The writing has a wonderfully toned strangeness to it, a sense that is compounded by its eloquence and compactness. The voicing is at once matter-of-fact and has something of the fabulous about it. A comparison to Borges would be all too facile, yet Peri Rossi's stories hold that same sense of wonderment and almost musical figuration, keyed both to the literary mode and the fantastic. There is a strangeness, or enstrangement, that is never forced: not surreal, at all -- rather, I would say, irreal. It is beautiful writing, but quietly so; like a dream or scent, perhaps, the effect lingers on after the book is closed.

"I have noticed that in some cities they serve small amounts of tea in a simple glass accompanied by sugar cubes. The scant amount of liquid and the informality with which it is served seem to suggest that the tea should be drunk in a hurry, before taking one's leave as quickly as possible, as if one had done something wrong. Elsewhere, however, they serve it in fine porcelain cups decorated with delicate arabesque motifs, golden flowers, and eighteenth-century landscapes that are echoed in the saucers. The sugar (granulated) is served in a matching bowl. The teapot has a metal top. The liquid is like a vessel floating in a calm sea, and from the cup flow numerous memories and digressions. The infusion encourages one to stay, to linger, to contemplate the cupola of the church, to listen to the rustle of the trees."
-- Cristina Peri Rossi, "Notes on a Journey"
Posted by: E. / 6:11 PM

A slight break in the clouds, a slight break from M. Godard... Spring, and now Summer Time. Slight dislocation-feeling. Damp, fresh morning yesterday. I paused underneath a canopy of cherry blossoms and let my eyes go out of focus, saturate in the color. Lost in thought, or sensation, or something in betweeen the two, we've all done this -- the sea, the sky, the woods, the page, loses resolution and blurs into a field of blue or green or grey... but, yesterday, a field of pink. A drop of water, reflecting and encompassing the world, fell from a branch and struck my cheek. I brushed my hair, greyer now, back from my face and thought how each spring is the same, as each fall is the same: a pale thread running through them as a signature is sewn. A drop of water gathers on the edge of a branch holding uncountable petals, and it falls, a minute & particular, momentarily suspended point.
Posted by: E. / 6:13 PM